In the early morning hours of Sept. 14, 2020, Donald George Albert walked through the valley with Jesus and joined the family circle in the sky. Born to George and Dorothy Albert on Aug. 16, 1946, in Renton Wash., Don was known for his generous spirit and love of family and friends. A member of the Church of Christ, with a real talent for singing, Don attended school in Polson and graduated from Polson High School. During his teen years he participated in boxing and won first runner-up for the Golden Gloves.

After graduation from PHS, Don enlisted in the Army. Shortly after he completed his service, Don married Myra, and they had one son, Brian. Don moved to Alaska and worked as a driller and fisherman around St. Petersburg and Anchorage. He loved introducing several nephews to the Alaska experience. There he met and fell in love with Doreen S. Brown, and they married and lived on an island off of St. Petersburg and lived a happy life together, where they enjoyed fishing and Don would spend his evenings playing guitar and singing to Doreen and the brown bears that lived in their neighborhood until Doreen’s passing.

Don retired back in the Mission Valley, where he spent the last several years enjoying fishing, wildlife photography, playing his guitar, singing and spending his days with his son, Brian, and sweetheart, Joan Wilkins.

Don was preceded in death by his son, Brian, parents George and Dorothy Albert, sisters Dixie (Richard) Peterson, Jaris (Bob) Kelley, Doreen and many other cherished family and friends.

Don will be greatly missed by his brother, Fred (Joye) Albert, wife Joan Wilkins, and many beloved nieces and nephews; and close friends Donny, Leon, Al, Jeanne and many more (you know who you are!).

Family and friends will congregate at a later date to lay Don and Brian side by side together at a private cemetery. Date to be announced.

Messages of condolences may be shared with the family online at www.lakefuneralhomeandcremation.com. Arrangements are under the care of The Lake Funeral Home and Crematory. 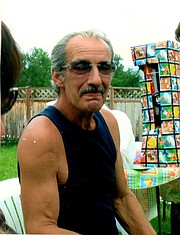