Law enforcement crews discovered the body of a Polson woman Wednesday in a Tribal wilderness area along the east shore of Flathead Lake and are searching for a man suspected in her death.

Lake County Undersheriff Ben Woods issued a brief statement around 8 p.m. Wednesday saying the body of Rozlyn Bluemel, 22, had been discovered near an area where a witness had reported a domestic disturbance between a man and a woman at about 9:30 p.m. Tuesday. The witness reported hearing gunfire.

Responding deputies initially did not locate the man and woman, but a child shared by the couple was located in a nearby car.

Authorities are searching for Tyler Uhrich, 20. Woods said search efforts have been exhausted in the area, and authorities believe Uhrich is at large and left the area on foot.

Anyone with knowledge of Uhrich’s whereabouts is asked to contact the Lake County Sheriff's Office at ​​406-883-7279. 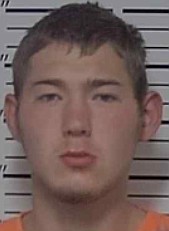