The ninth annual Flathead Lake International Cinemafest (FLIC) is set for the weekend of Jan. 29-31 at Showboat Stadium 6 on Main Street in Polson.

COVID-19 safety guidelines will be observed if they are still in effect at the time of the festival. In that scenario, Showboat Stadium 6 will continue to employ its current social-distancing seating.

“The Showboat Stadium 6 has kindly made all six of its new stadium-seating theaters available to FLIC, which will make it possible for us to screen a single film block simultaneously on several screens,” FLIC Director David W. King said. “This will help offset the reduced theater seating capacities under possible ongoing COVID guidelines. The goal is to make the festival experience as comfortable and safe as possible.”

“We'll also make most of the FLIC 2021 film lineup available for online viewing on a virtual screening platform for about a month following the Showboat Stadium 6 in-person encore week,” King said. “This will enable film festival aficionados who miss the live event to purchase individual screening blocks (or full festival passes) to enjoy the films that spark their interest in the online FLIC 2021 program, which will appear at FLICPolson.com shortly after the first of the year.”

Included among the 2021 lineup is the Ukrainian film “Pulse,” about a young Ukrainian field athlete named Oksana who has a big dream – to take part in the Olympics. After a horrific car accident, Oksana almost loses her eyesight. It seems that she will have to forget not only about qualifying for the Olympics, but also about leading a normal life. However, Oksana refuses to give up and seeks to prove that not even this obstacle is too insurmountable for her to achieve her dreams.

Another standout this year is the feature documentary “The Girl Who Wore Freedom,” which transports us to Normandy, France. Once an idyllic landscape, Normandy had succumbed to German invaders who overran its farms, its manors, its countryside. Here, witnesses to history recount their unique relationships with the Allied forces, who liberated Normandy on June 6, 1944. The journey from occupation to liberation, to acceptance and forgiveness to gratitude and pride, is explored through interviews with French survivors and American veterans in this powerful, personal film that tells stories handed down over two generations. The film’s director, Christian Taylor, plans to attend FLIC 2021 and will participate in the audience Q&A following the screening.

The beautiful documentary film “Navajo Math Circles” follows Navajo students in a lively collaboration with mathematicians. The math circles approach puts children in charge of exploring mathematics to their own joy and satisfaction. Applications of math in Native culture highlight the special connections between Navajo culture, natural beauty, and mathematics.

FLIC kicks off on Friday, Jan. 29 with an informal gathering in the spacious lobby of Showboat Stadium 6. Film showings on multiple screens begin that evening at 6.

On Saturday, Jan. 30, screenings resume at 8:30 a.m. with a free animated children’s film (title TBA). Festival film screenings resume at 10 a.m. and continue on multiple screens into the evening. There will be a break in film showings from 4:30 to 6 p.m. for an informal gathering at The Cove Deli & Pizza at 11 3rd Ave. West. This event is popular with our attending filmmakers, who are encouraged to participate along with other festival attendees.

The FLIC 2021 weekend draws to a festive close with an awards show and pre-packaged, Covid-observant dessert reception on Sunday. The Audience Award will also be given to the FLIC audience’s overall favorite film.

The FLIC 2021 program and screenings schedules will soon be available for download at FLICPolson.com, where festival passes, individual screening tickets and FLIC merchandise may also be purchased. FLIC is also on Facebook. Email: contact@flicpolson.com. 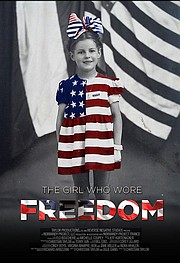 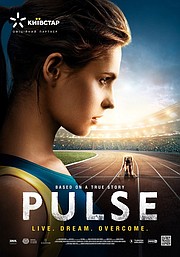