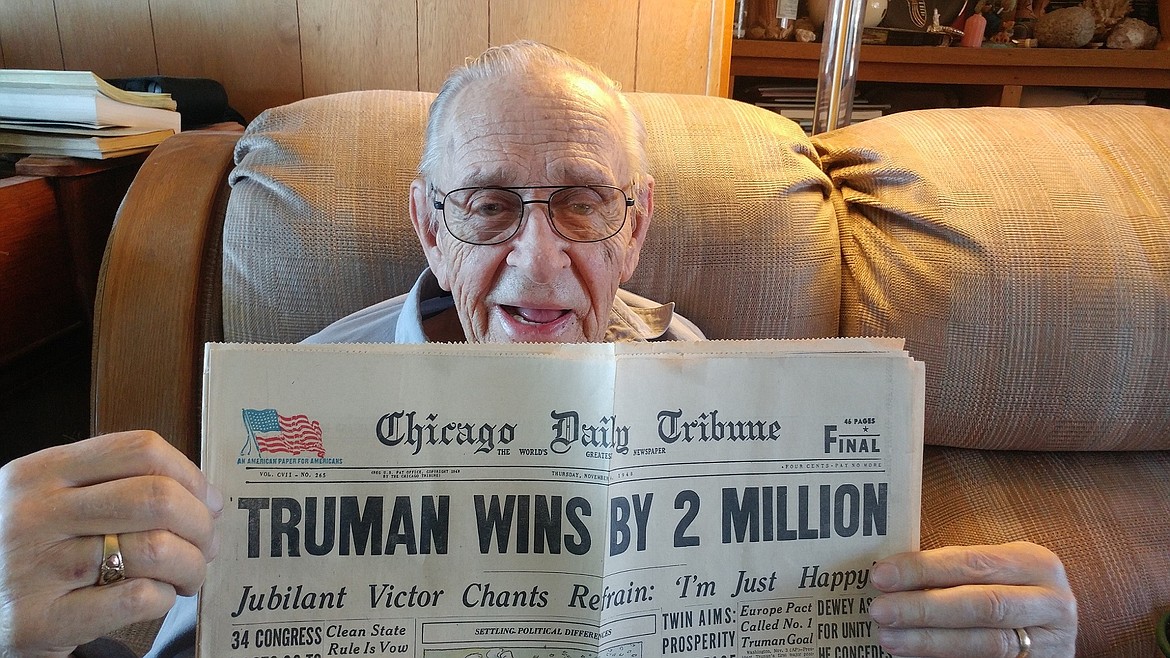 Robert Larsson, 91, of St. Ignatius submitted this photo of the copy of the Chicago Tribune he purchased for 4 cents on Nov. 4, 1948. The story reads: "In the most dramatic election in American history a landslide vote on Tuesday swept President Truman into office for another four years." The previous day, it was assumed that New York Gov. Thomas E. Dewey had won. By Thursday, Truman had been declared the winner. (Courtesy of Robert Larsson)

Stories this photo appears in: